Latin America’s second-largest economy after Brazil, Mexico is often considered by analysts to be a second-tier nation: more industrialized and advanced than the poorer developing countries.

The Mexican agricultural economy continued to grow in 2017 and is expected to grow another 4% in 2018. Mexico is a priority target market for American agricultural and grain machinery, equipment, and related products. The agribusiness industry in Mexico is in continuous and steady expansion, with the agribusiness landscape being driven in part by strong consumer demand and a steadily growing middle class. With a large land mass and a diverse range of climates, Mexico is well-suited to large-scale agricultural production. The highly-fragmented state of Mexican farming leaves significant room for consolidation and increasing yield.

Mexico’s economy is export-oriented and Trade has boomed. Letting history serve as our guide, consider that from 1994 to 2011, Mexico’s exports jumped from $60.8 billion to $349.6 billion (increase of 475%).  More recently, in 2014, they shipped $407 billion worth of product abroad, with agriculture and produce among their key exports.

To increase growth even further, Mexico has in recent years joined 12 new free-trade pacts; more than any other nation. These deals involve 44 other countries, ranging from its Latin American neighbours and members of the European Union, to Israel and Japan.

Mexico’s time is now and this country is poised to become one of the biggest and most important economies in the world.

The poultry sectors (chicken, turkey and eggs) are pillars of animal protein production in Mexico. Production of broiler meat is expected to continue to increase as vertical integration spurs improvements in genetics and biosecurity. An increase in broiler meat consumption is being met by this production growth, while imports stagnate in 2017. The poultry sector is also the primary consumer of feed grains in Mexico, and feed comprises the largest percentage of production costs for both poultry meat and eggs.

Various investments have recently been made by the Mexican poultry industry to raise competitiveness and to improve quality, thus helping to differentiate Mexican products in the global marketplace.

Last year, total Mexican poultry production stood at 5,425 million tonnes. Of this total, 53.6% came from chicken meat, 46.3% came from eggs, with the remainder in turkey meat. Mexico is now ranked the 5th largest poultry producer in the world. 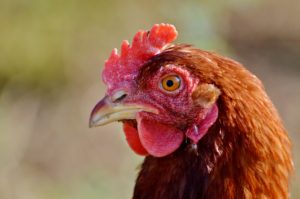 The contribution to the national economy is among the highest in the agricultural sector, contributing 0.88% to overall GDP, 26.12% to agro-industrial GDP, and 42.77% to livestock GDP.

Since the introduction of NAFTA, the overall poultry sector has outperformed Mexico’s other livestock sectors. In 1994, poultry meat production stood at 1.38 million tonnes. With an average annual growth rate of 4%, by 2013, this figure had risen to 2.9 million tonnes. Over the tariff reduction period – 1994-2003 – that annual rate of growth was even higher, averaging 5.8%.

The forecast for 2018 is up to almost 2.9 million tonnes based on estimates from UNA (see below). UNA’s data shows steady growth during the past three years. Similar to the moves that broiler producers are taking, egg farmers are expanding production beyond the traditional states of Jalisco and Puebla. They’re making inroads to more northern states to take advantage of favourable biosecurity conditions.

Mexico remains one of the very largest consumers of eggs worldwide. For 2018, industry experts expect per capita consumption to rise to 23.6kg, as eggs continue to be one of the most affordable sources of animal protein for the medium-income and low-income demographic. Preliminary figures from UNA indicate that by the end of 2017 the per capita consumption is expected to be 23.3 kg.

In order to sustain the enormous poultry farming its country demands, grain production and storage is incredibly high and still growing. Mexico is big grain producer, and what it cannot grow for itself, it imports from the US.

Though it is difficult to estimate total storage among the many categories and methods involved, we base ourselves on Mexico’s position as a world leader in grain production and consumption.  To establish one reference:

The target volume of grains in storage facilities is set to 500,000 metric tonnes for every 6 month period, and that’s just the quantity identified by International Bank for Reconstruction and Development’s project appraisal document for the Grain Storage And Information For Agricultural Competitiveness Project (March 2017).  An impressive quantity.

There are several options for grain storage in Mexico.  Among them we find rustic granaries constructed of logs and thatch, open sheds, outdoors under a sail, small containers, and more sophisticated concrete or steel silos.  The most popular for large producers remains silos.

Mexico is counted among the top 15 world leaders in the agribusiness industry, and the sky is the limit as it will only grow. Considering all important factors from multiple angles, it has become very clear to us that the Mexican market is a great business opportunity for anyone that would like to embark in this type of industry.

Get the latest news on the latin american import/export market

On December 18, 2017 a significant change was imposed on the way transportation [...]

Why is choosing the best freight forwarding company so important for your import [...]

How AI Fleet Management Will Shape the Future of Trucking

As for many other industries, Artificial Intelligence (AI) will impact the futur [...]

This website uses cookies to improve your experience while you navigate through the website. Out of these cookies, the cookies that are categorized as necessary are stored on your browser as they are essential for the working of basic functionalities of the website. We also use third-party cookies that help us analyze and understand how you use this website. These cookies will be stored in your browser only with your consent. You also have the option to opt-out of these cookies. But opting out of some of these cookies may have an effect on your browsing experience.
Necessary Always Enabled
Necessary cookies are absolutely essential for the website to function properly. This category only includes cookies that ensures basic functionalities and security features of the website. These cookies do not store any personal information.
Non-necessary
Any cookies that may not be particularly necessary for the website to function and is used specifically to collect user personal data via analytics, ads, other embedded contents are termed as non-necessary cookies. It is mandatory to procure user consent prior to running these cookies on your website.
SAVE & ACCEPT

DON'T JUST TAKE OUR WORD FOR IT